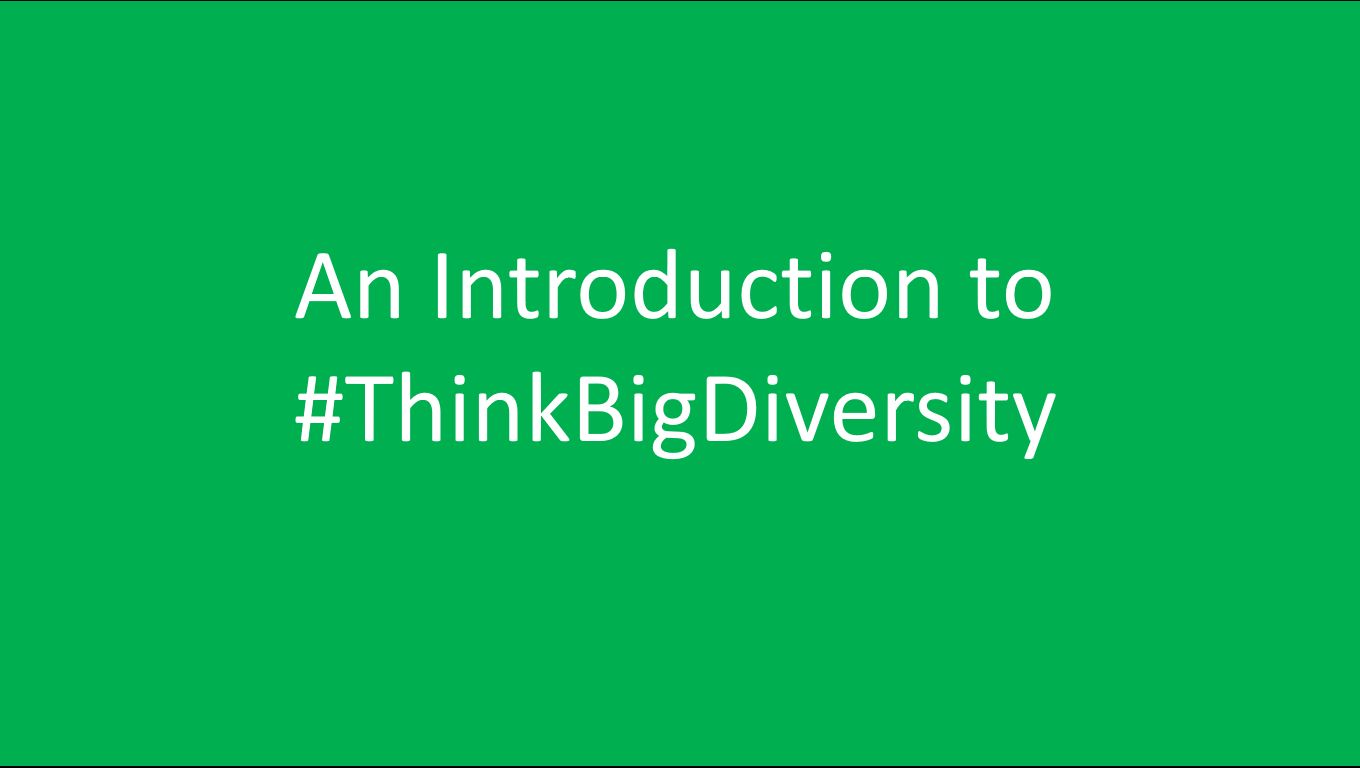 #ThinkBigDiversity is a hashtag that is used to convey the importance of broadening participation in STEM, and it has been used as a theme for the University System of Maryland’s Pipeline Professional Development programs for undergraduates, graduate students, postdoctoral scholars, and faculty. #ThinkBigDiversity became a theme for the Summer Success Seminar (SSI), an annual conference that is sponsored by the National Science Foundation as part of the the PROMISE Alliances for Graduate Education and the Professoriate (AGEP) and Louis Stokes Alliance for Minority Participation (LSAMP) programs for the University System of Maryland.

The social media involvement and advocacy of SSI scholars, and others participating and connecting virtually, including through the use of the #ThinkBigDiversity hashtag has become a “tool for engagement and retention” (Tull, 2016). Additionally, the associated activities leverage key social science theories related to promoting positive outcomes through communities of critical mass, including through active advocacy to promote an increased sense of belonging and increasing cultural wealth of individuals (Tull et al., 2017). (Montgomery, 2018)

In Frontiers in Digital Humanities (via Dr. Beronda Montgomery), in the section on “Community Advocacy”:

In Proceedings of the American Society for Engineering Education:

On Blog: IN SEARCH OF INNOVATION, by Andrew B. Williams, Ph.D.

The first #ThinkBigDiversity Posts, via the NSF Advance Hispanic Women in STEM project

ThinkBigDiversity’s full adoption by the USM’s pipeline professional development programs was made possible by early users and authors of the “Think Big” project for Advance Hispanic Women in STEM for the Women in Engineering Proactive Network (WEPAN) –  Dr. Autumn Reed  and Dr. Patricia Ordóñez.

#ThinkBigDiversity analytics over the last 365 days